(Innisfil, ON) South Simcoe Police Service officers are asking the public to help identify a suspect after credit and bank cards were stolen and used to make fraudulent purchases.

On Sunday, August 18, 2019, police received a report regarding the theft of a wallet in Alcona. Police were subsequently told that a number of fraudulent purchases were made using the victim’s stolen credit and bank cards at a business on Innisfil Beach Road in Alcona in the early hours of Monday, August 19, 2019.

The suspect is described as:

Anyone who recognizes the suspect or has any information regarding this incident is asked to contact South Simcoe Police Service at 705-436-2141, 905-775-3311 or Crime Stoppers.

Photos of the suspect are attached. 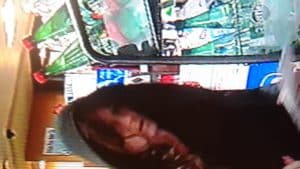 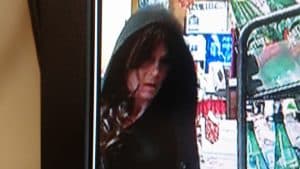