(Bradford, ON) On Friday, May 29, 2020 at approximately 4:00 p.m., a South Simcoe Police Service officer attempted to investigate a Chrysler 300 at a gas station on Holland Street West in Bradford. The Chrysler drove into the officer’s cruiser, causing damage, then sped off over the curb and median onto Holland Street. The officer was not injured. The suspect vehicle was observed driving in a dangerous manner at high speed and forcing other motorists off the road. The Chrysler was last seen turning northbound on Summerlyn Trail. Police checked the area however the vehicle was not located. No citizens were injured.

Police are seeking the public’s assistance in locating the following vehicle:

The suspect was wearing a dark coloured protective mask.

Anyone who witnessed this incident, has information regarding this vehicle or can provide dash cam video, is asked to contact Constable Rob Griffin of the Traffic Unit at 905-775-3311, 705-436-2141 extension 2030, rob.griffin@southsimcoepolice.ca or contact Crime Stoppers.

Photos of the vehicle are attached. The vehicle appears to be darker in colour in the photos but is described as bright blue. 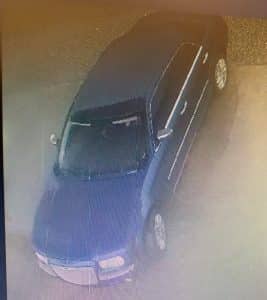 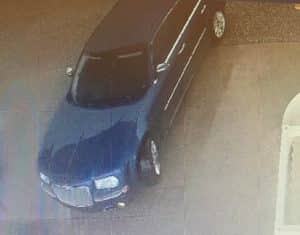